For anyone wondering about reviews, the last book took a while because it was fairly long.

Right now, I’m reading over another book for a friend. I’m not going to be posting a review of it, they just wanted my feedback and to bounce ideas with me.

It’s also Nanowrimo, so I’ve been focusing on writing. While I need to work on editing “Lorough”, the fourth book in the Outlander Leander series, I’ve been working on two books for Nanowrimo. One isn’t posted anywhere yet, the other is “Love, Android,” which will be a one-shot sci-fi novel.

An author who is a friend of mine recently received some good news from an agent about their book. It’s another one I read and gave feedback on before, and it was a good book. I haven’t read the updated version, but she said she fixed up some of the things I mentioned to her. I’ll be sure to post about it when it’s released. 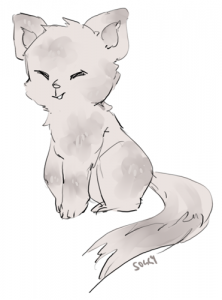 When I joined the Blog Hop I already knew which book I was going to cover. Gone for a Soldier by Kathleen Kelly Garlock

is about a woman who sneaks into the army during the American Civil War, and my review for the book can be found here.

Of all the indie books I have read so far, “Gone for a Soldier” left the greatest impression on me. I have a lot of respect for the amount of research and passion the author had for the subject and it shows in her book. She brings to life real people from the Civil War and does a great job of showing the circumstances they were in.
When the soldiers rush to their next spot only to sit around and get sick, their restlessness can be felt. Dealing with the fickleness of people as they griped about money, and the way they calmed down when they receive some pay, shone through clearly.
And when the soldiers finally arrived at the fight they reality of what they were getting into set in fast. Soldiers dropped left and right without any method to reliably treat most of the wounds.
“Private Rob Edwards” and Johanna provided a great way to show the difference between how women and men were treated. Johanna struggles just to be taken seriously as she tries to serve her country, while Rob Edwards gets trusted with difficult and grimy tasks. Both are likeable characters (to be honest, I was hoping they would end up together).
The author includes a lot of real information (sometimes a little too much) and fleshes out some of the people and situations that don’t have a lot of information about them in history.

It’s obvious a lot of love and hard work went into this book. It wasn’t perfect – I wasn’t big on the romance Lucy eventually fell into, although I appreciated that she didn’t fall in love with the first man she saw and it wasn’t until later she met someone. It could also spend too much time sharing information that didn’t effect the story.
Regardless, it’s a great read, and it left an impression on me even though I’m not a history buff. I’d highly recommend it for anyone to read.
One last note: The author has stated that she’s edited the novel since I read it, so the parts I had an issue with might no longer apply.

General Glaive was first mentioned in “Flute of the Wind Queen”. After the death of King Lariat, Lakorian became the new king and Glaive Melechtion was immediately promoted to general; however, the previous general, General Oske, didn’t step down, putting the kingdom in an unusual position of having one king and two generals.

General Glaive formed his own personal unit of elite soldiers with no official title, often called “Glaive’s men” or “the Melechtions” by the public. At the time “Coronation Necklace” takes place there are five in the group, with Tyrus being the newest recruit of only a few weeks.

Though the first three men were personally picked and recruited at the same time, the entire group is commonly numbered from first to last in a certain order:

Due to the plot and overall length of “Coronation Necklace”, the book will primarily focus on a few of them while others will only have time to show a small bit of their personalities. It won’t be the last time they appear in the series.

(As a side-note, two of them are wearing their hats wrong in the picture. Hats are pulled to the right.)

As we all know, one of the common side effects of treatment is hair loss. That’s why the St. Baldrick’s Foundation hosts events where people voluntarily shave their heads in support.
In addition to that, Locks of Love can use hair that is 10″ or longer to create wigs for children suffering from illnesses.

People who want to show support can look up an event near them on the website. It’s possible to volunteer to have your head shaved or help with the shaving.
People who don’t want to do either of those can still show support by making a donation.

I will be having my head shaved on March 20, 2013, and I strongly encourage anyone with any money to spare to make a donation. Any small amount will help, even $1, so please help out!

Thank you for your time.

Hello everyone. Welcome to my blog dedicated to the Outlander Leander series. Sketches, ramblings, discussions and anything else that comes up.

If you have read or will read Outlander Leander Vol.1: Flute of the Wind Queen, thank you very much. I hope you enjoyed reading it as much as I enjoyed writing it.

If you have any questions or suggestions please leave them here.